Donna Costa began working with us at Stony Point Center as a consultant to our food service department in 2005 and became our Food Service Manager in 2007. Donna trained under traditional French Chefs at 'Ecole de Cuisine, La Varenne in Paris France. Her passion is working with the fresh produce grown by our farm team here at Stony Point Center and supporting her hard working staff to prepare healthy, delicious dishes from scratch. Donna’s love for cooking and being of service is only second to her love for her husband Roger and her children Jordan, Dylan, Gavin and Lauryn. 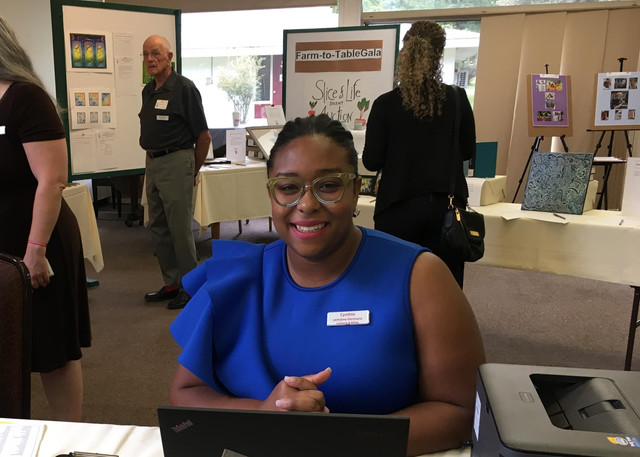 Cynthia joined the SPC team in April 2018. She brings a wealth of knowledge and experience from the banking industry to her position as the Coordinator of Contracts & Billing. She is overwhelmed with the joy of being part of this staff and contributing to the different facets of being “more than a conference and retreat center.”

Anissa uses her integrated marketing strategies and messaging to attract new and returning guests to Stony Point Center. Before joining Stony Point Center, she worked for nonprofits such as United Methodist Women and the General Commission of Religion and Race for the United Methodist Church. She honed strategic marketing and messaging skills in a 17-year career in advertising at Fortune 500 ad agencies BBDO New York and Bates USA. Anissa holds an M.S. in Media Management from The New School for Public Engagement and a B.S. in Advertising from Syracuse University’s S.I. Newhouse School of Public Communications. She shares the spirit, peace, and justice ideals of Stony Point Center and is excited to be a part of our beloved community and family. Anissa enjoys long hikes in the woods with her husband Paul, young adult children and their dog Oscar. When she has alone time, she loves painting in watercolor and reading while relaxing in her backyard hammock.

As Director of Operations, Paula ensures systems are in place to support the best experience possible for every guest who passes through our doors. Paula Sandusky began working at Stony Point Center in 2005 and was promoted to General Manager in 2013. She is a transplant to Rockland County from Boston, MA and loves all the Lower Hudson Valley has to offer including proximity to state parks, beaches and New York City. She strives to stay grounded in the practice of prayer and yoga and at the same time be open to the movements of the spirit and the mystery of faith. She is proud to share a workplace with the Community of Living Traditions and her home with 3 Millennials, a Golden Retriever and her husband, John. Paula is truly grateful to all the guests that cross the threshold at 17 Cricketown Road.

Rick has been a co-director at Stony Point Center since 2008, and he is a co-founder of the multifaith Community of Living Traditions whose members live and work there. Rick is a life-long activist for peace and justice in highly conflicted contexts like the U.S./Mexico border, where he co-founded and directed Borderlinks - an experiential educational program designed to expose North Americans to the complex immigration, human rights, and global economic concerns that are in start relief in the borderlands. Rick and Kitty are co-founders of the Sitting Tree Intentional Community in Tucson that is still going after 24 years. Rick served as the Moderator of the 216th General Assembly of the Presbyterian USA, and he is the author of the book "Faithful Resistance: Gospel Values for the Church in a Time of Empire." Most of Rick's intellectual energy is absorbed into questions of what it looks like to take responsibility for all the ways in which he and others like him have benefitted from unearned privilege, including systems of white supremacy, heteronormativity and Christian dominance. Rick and Kitty have three adult children. In his spare time, he enjoys white-water rafting, cross-country skiing, running (which at his pace is more aptly called "plodding") and home remodeling.

Kitty is the Co-Director of Stony Point Center. A life-long Quaker, Kitty is particularly interested in strengthening the spiritual grounding needed for bold action for peace, nonviolence, and justice. Kitty runs Cultivating Quiet workshops for guests at Stony Point Center. She has a Masters in Intercultural Relations. Kitty is mother to three children. She enjoys cultivating quiet in her own life by sailing, reading, walking, and birdwatching. 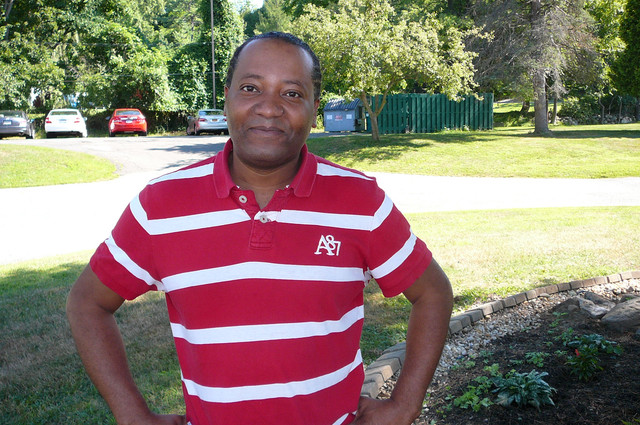 Regi began work as a Building Attendant for Stony Point Center in 2015. He is excellent at troubleshooting all sorts of audio visual needs for guests. He loves to see guests happy and enjoying their stay at Stony Point Center. Regi goes out of his way to support meeting planners as they execute their event.  In addition to his work at Stony Point Center, he maintains a small cleaning service in Rockland County. Though most of his family resides in Florida, Regi likes living in New York. He is regularly seen on the SPC campus walking from building to building - in the dead of winter - wearing just a light sweater.

Manny joined our team in 2017. He has already had a lasting impact on the healthy of our buildings.  He tackles any job that comes his way with thoughtfulness and skill; his motto is 'do it right the first time.'  Manny is the proud dad of three.  Besides being in demand for all sorts of 'fix-it' work outside of Stony Point Center, Manny spends time whittling trees into gorgeous replicas of earth's creatures and working with found materials to make floral designs. 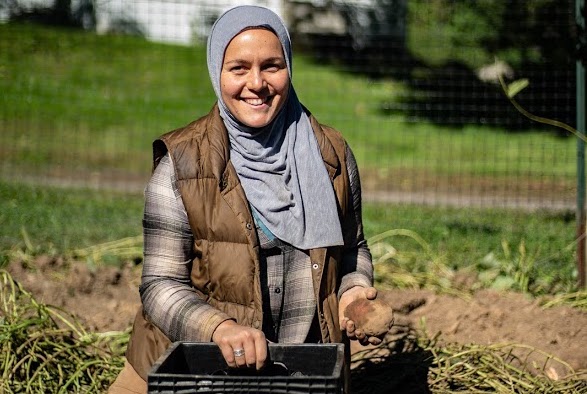 Amirah first came to Stony Point Center as a Summer Institute participant in June 2013, returned as a farm apprentice and member of the Community of Living traditions in March of 2015 and was hired on as one of Stony Point Center’s Food Grower and Educators in April of 2018. Both sides of Amirah’s family have a rich history of farming tradition; a long line of dairy, beef, and crop farmers near the Mississippi in Wisconsin and orange growers beside the Mediterranean in Palestine. Even with this family background, the real seed of love for working with the earth sprouted when she was a little kid working in the backyard garden with her mom. That seed continues to grow and flourish as Amirah’s Muslim faith informs her farming experience at Stony Point Center. Amirah graduated with a degree in Environmental Geography and is a Master Gardener volunteer in her home state of Wisconsin. 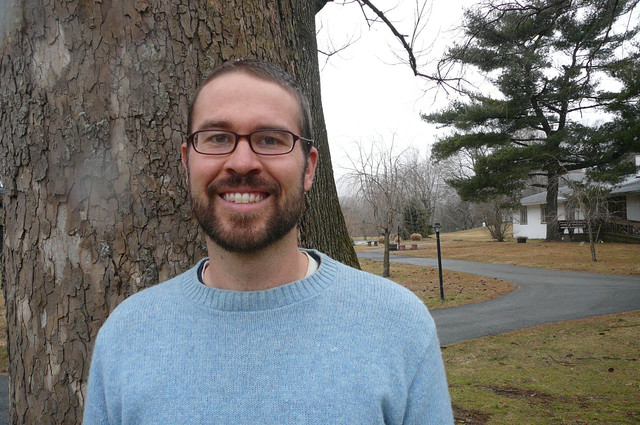 Will Summers joined the Community of Living Traditions in 2015 and has been on Stony Point Center's staff as a farmer since 2013. He enjoys growing food that's shared in the dining room throughout the year, especially lettuce, kale, and tomatoes. Will has over a decade of experience as a farmer, including several years of farming in his home state of Texas. He particularly enjoys the NY growing season, especially winter’s gift of maple syrup production. Will is involved in CLT's solidarity work with indigenous and immigrant communities including farmworkers. He is a practicing Christian who has been blessed to worship with Mennonite, Quaker, and Presbyterian congregations over the years. Will is spouse to Sarah Henkel who is also a member of the CLT. Besides tomatoes, his favorite living thing to watch grow is their two young children.